Suddenly Xmas is upon us. What a year!  Season’s Greetings to all our members and followers! We wish you the very best for a ‘non-lockdown,’ ‘sudden rules change’ Xmas and holiday season.

Here’s a quick pre-Xmas update for you on our two main campaign activities.

The fund-raising response has been outstanding. We’re looking solid in achieving our funding target for the legal campaign. We try and ring people to say thanks for contributions but the numbers have become a bit overwhelming. Please accept our thanks if we haven’t rung you.

The funding is so solid that we’ve started the process of spending serious money on lawyers. The full legal team had a long and highly productive Zoom conference early last week. Tasks have been allocated, research into the finer details of legal issues is occurring, and preparation of court papers has begun. We’ll keep you updated during January. I won’t go into the details at this stage.

We’ve had quite a few queries around the fact that WorkSafe is prosecuting the Victorian Health Department and what this means. I’ve prepared another short video explaining that the prosecution of Health doesn’t change the fact that individuals also need to be investigated with a view to prosecution. 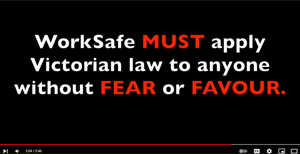 Reform of the Australian Taxation Office

Our decade-long campaign to reform the ATO rules governing how it is required to treat small businesses continues. Yes, we’ve been on this case for 10 years. Yes, we are persistent.

Here’s the ABC coverage of what we’re seeking: 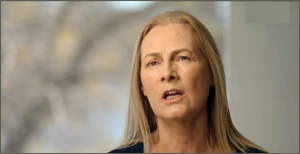 You’ll be pleased to hear that we are in discussions with the ATO on our Taxpayers Rights Agenda based on the USA model for regulating the IRS. The ATO is showing genuine interest and seems to want to understand. That’s good. We’ll continue the discussions.

So again. Season’s Greetings to everyone. Let’s all trust that planned holidays, long overdue family gatherings and some well-deserved relaxation occurs without Covid-reactive government interference.

In the nineteenth century, the father of communism, Karl Marx, ‘created’ class ideology where ‘evil’ capitalists always exploited the working class (who were little more than wage slaves). The worker–bosses war has been fought ever since. Workers have been allowed to strike and bargain collectively through unions to secure their rights against the exploitative bosses.

However self-employed, small business people upset this simple idea because we are both the worker and boss in one. How is it that we can ‘exploit’ ourselves? This has resulted in confused law. It’s confused unions who try hard to force self-employed people to be employees so we can be ‘exploited’ and join the union class. It’s pretty silly really.

Small business collective bargaining has been available for a few years, but you needed significant legal knowledge to do it correctly. And you had to receive ACCC approval. Now it’s very simple. It:

Only requires a one-page form. No lodgement fee.

Authorisation is then automatic.

Your business turnover must be less than $10m a year.

The ACCC link is here.

What does this mean in practice? Here are some simple examples:

If you are (say) an IT contractor supplying services to (say) a government department that applies a standard pay rate across all similar services, a group of IT contractors could get together to negotiate a different rate.

If you are a retailer and want to bulk buy a product from a supplier, you could get together with other small retailers to negotiate a better price if you buy collectively.

If you are putting in a tender to supply (say) HR services to a large company, you could get together with other HR independent contractors to put in a collective tender.

Combine this with the new pay-on-time laws and the planned ‘beefing up’ of the unfair contract laws and Australian small business people are really starting to receive a fair go in the Australian economy. These are big, important reforms.

The only problem is that unions and others who passionately believe in Karl Marx’s workers–bosses war might feel a bit annoyed. If class ideology is suppressed by new, fairer market regulation, how do unions and others still maintain the battle?

My heart was gladdened recently by the spectacular collapse of Greensill Capital, once a darling of the financial and (some) political elites in Australia and the UK.

But the way it was working under Greensill had the stench of ‘come in sucker’.

Greensill claimed to have hundreds of clients, all of whom seemed to be big-end-of-town types such as Telstra.

But the trick that was happening under Greensill is that its clients seemed to routinely screw their small business suppliers by extending payment terms out to 90+ days. The deal then was that the small businesses would pay a commission to Greensill so that Greensill would pay them the money they were owed by the conglomerate.

But what was really on display here was capitalism at its grubby, manipulative worst.

Market economies and societies are not Wild West, unrestrained capitalist societies. Successful markets regulate behaviour. Good market regulation is as ‘light touch’ as possible. In the Greensill case, the regulators had moved in on this reverse factoring model and went further.

As of now, each of these promises has been implemented or is in the final stages of implementation. Cross-party political support has been firm.

In this case of Greensill the damage to small businesses by the exploitative reverse factoring game was limited. The regulatory push moved in comparatively early. Too often, if the market is unregulated and left to ‘self-correct’, the damage to individuals is horrendous. Harm done to a few cannot be justified by the alleged benefit of the greater good in the long term.

In this ‘pay on time’ story we can witness perhaps an example of quality, ‘light touch’ regulation.

And there’s one simple principle in play. If you owe money: Pay!

Without doubt, for small business people, being paid on time is the BIG issue!